Hello friends! Winter has been a such a fruitful season down here at Ride Nature with so many updates to share! Here’s a little glimpse of what has been going on in the past 3 months.

Back in December, we had the opportunity to bring our portable mini-ramp to an extremely popular street fair event in downtown Naples for Christmas! This annual event brings in a couple thousand visitors from all over, giving us the opportunity to not only share the mission of Ride Nature, but to share the true meaning of Christmas: the hope of Jesus, with everyone who stopped by our booth; and even got to bless a few individuals with some free skateboards. 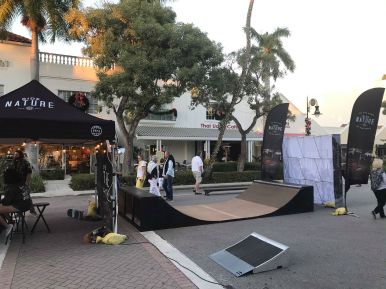 Another rad opportunity we had was at a Surf Expo where many skate/surf industry leaders/companies came out to promote their fresh line of products. Ride Nature was given a HUGE space to have a prominent presence at the expo! What’s so cool about our role at the expo, was how we had stations were people could come and design and setup their own skateboards which will be given to kids all around the world. These people were able to decide which country they wanted their board to go and they were also able to write little notes of encouragement for the kids who would receive this presents. It was an amazing opportunity to get strangers involved in the mission of Ride Nature and become a part of the bigger picture globally. 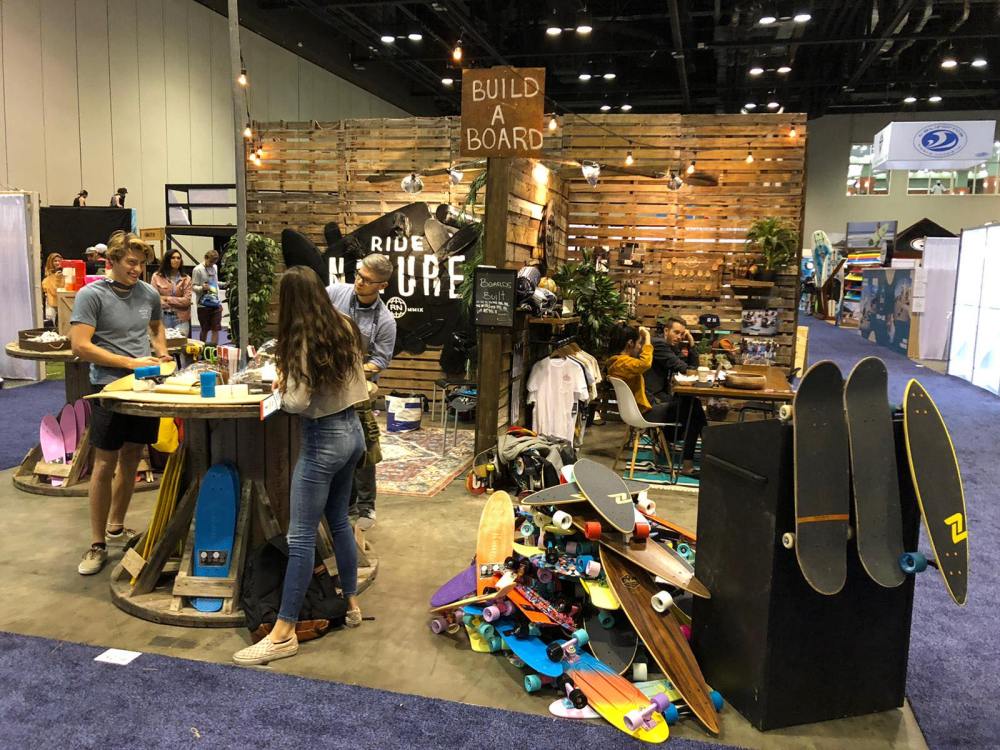 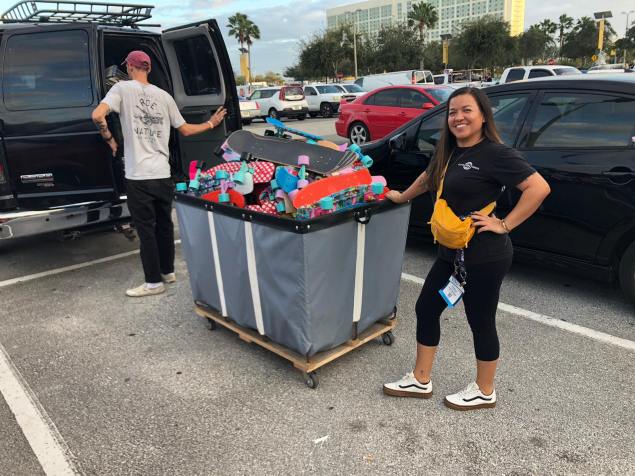 Most recently, I took of group of our local skaters, as well as our Ride Nature interns, to one of the biggest Pro Skateboarding Contests in the world:

This place is such a crazy experience. There are a few booths that are set up at this contests and Ride Nature has the privilege of being one of them. In the midst of all the marijuana smoke and free beer, we are the only Christian ministry represented at the contest. Throughout the weekend, we were able to share who we were with many people and through that, share who Jesus is with many skaters, both contest attendees as well as pros!

Another big part of our heart beyond sharing Christ with our mouths is to simply share the love of Christ by serving the staff of the skatepark. After a long day at the booth, we would stay after closing time to help sweep/mop the skatepark and take care of any and all odd jobs they had for us. We never ask for anything in return. We just want them to know they are appreciated and loved. These actions sometimes seem simple or insignificant, but we trust in the long run, they are making a difference and building a stronger relationship with the owners/staff of Skatepark of Tampa

One cool connection was with our friend Jud who was actually skating in the contest. Jud is a dude who is sold out for Jesus; seizing every moment to share Christ and pray for other pros who were skating in the contest with him. Every time he would be on the Jumbotron screen, he would hold his board up, displaying a Cross graphic, so everyone could see, he wasn’t there to win, he was there to rep Jesus. And on the final day of the contest, Jud actually led a bible study at our booth in the morning, sharing a little bit of his story. During this time, there were a few guys who were just wandering around who happened to hear Jud speaking and deciding to stick around for the entire bible study.

Our prayer is to continue going to the Tampa Pro and Am Contests and for God to allow us to be a light in that dark place, and for an annual “Skate Church” to be hosted at our booth each year. 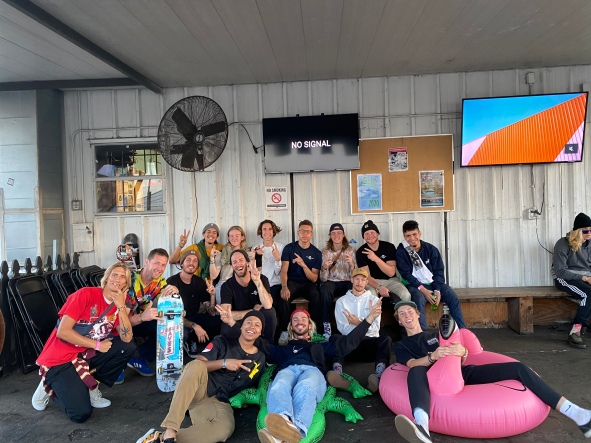 My skaters from Skate Church consistently remind me week after week why I’m down here in Florida. They bring so much joy to my heart and make me excited for every new day I get to invest in them. From our weekly Skate Church nights in 3 different parks, to our monthly skate trips, each day has it’s own memorable experiences.

One thing I love about what I get to do with Skate Church is how we don’t only go to the best skateparks. Our Monday park, Veterans Park in Lehigh, isn’t the greatest of parks. But that doesn’t stop us from going there. Honestly, Monday night is usually the night I look forward to the most because of the community of skaters we have out there. Most Mondays, literally every skater will stop skating (in a public skatepark) to join us for pizza and Bible study.

Recently, one of my new interns, Taylor, felt compelled to do something radical on his very first visit to this skatepark. Upon seeing a young skater struggling to skate an old “Wal-mart” skateboard, he knew he had to do something. And with no hesitation, Taylor offered up his skateboard to this young kid. What’s rad is how this confused the kid and opened the door for Taylor to share exactly why he did this, ultimately, allowing him to share about Jesus. Needless to say this kid was stoked, giving Taylor a big hug, and I was so hyped and proud of Taylor for taking such an obedient leap of faith.

Another huge highlight: one of my local skaters from our Thursday Skate Church park, Eagle Skatepark, decided to officially take the leap and get baptized! Adam is one of the most genuine dudes in the skatepark and has a hunger to see God do more in his life. He also recently came on the Tampa Pro trip with us (and will continue to be invited to be a part of everything Ride Nature does) to further disciple him and walk with him through his journey. It was such an honor to get to baptize him and see the joy on his face, coming out of the water as a new creation in Christ.

After a long and tiring day of skateboarding, we all pile back in the van for another hour (or sometimes 2 hour) drive. In these candid moments, one skater will sometimes end up asking some sort of “real” question which will lead to an even bigger discussion, leading everyone to talking about something which they’ve (possibly) never even thought about.

I’ve learned firsthand how sometimes I’ll share something with one of the guys in the front seat, thinking it’s meant to encourage only him, and someone in the backseat will overhear it. One of those backseat kids came in the shop the other day and explained how what I said in the van was exactly what he needed to hear and I had no idea he even heard anything I said! It’s a reminder that people are always watching and listening to what you say and do.

The night coming back from Tampa Pro was another one of those special nights where we had a 2 hour drive home, but it felt like 10 minutes. One of my interns asked a question about spiritual gifts which led to me praying for Holy Spirit to speak and fall on the van and GOOD GOLLY! It was a powerful time! Some of the guys were in tears, some of the guys were getting fired up, and Jesus was simply moving in a way which some of the guys had never experienced! It wasn’t in a skatepark. It wasn’t in a church. It was in a smelly van with smelly skaters. But Jesus came and met us in that place and it was a moment none of us are gonna forget. 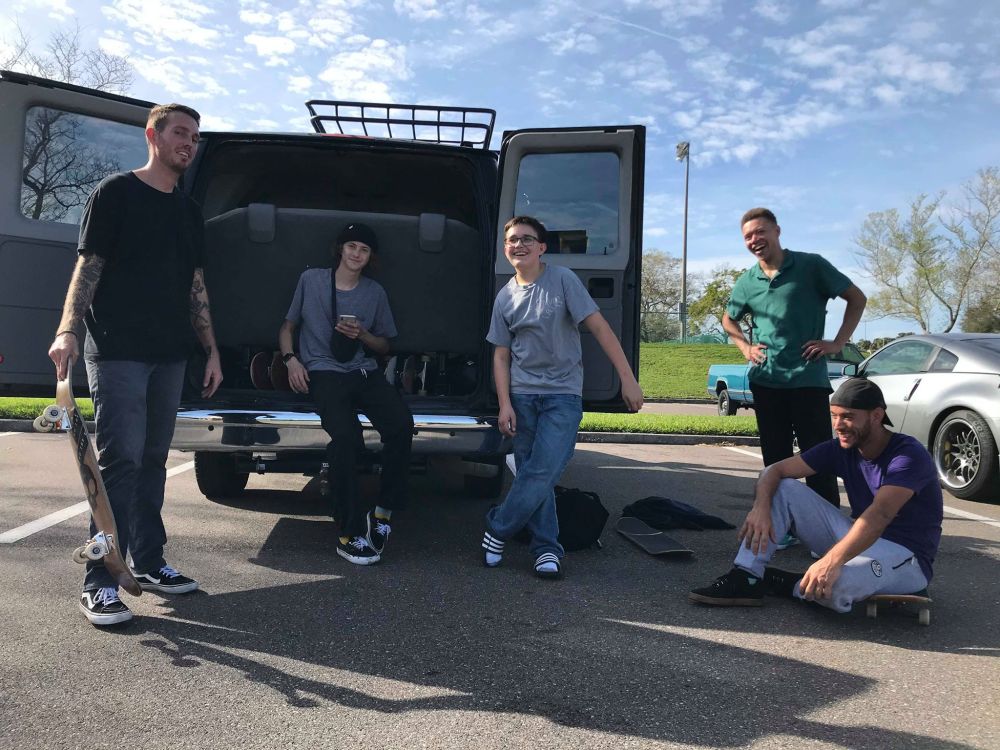 As I wrap all these stories up, I want to give ya’ll another chance to get a visual of who our skaters are and see what they have to say about Ride Nature…so please take a moment to check this out to directly see the impact that’s being made from some other perspectives! 🙂

That’s why I love what I do. Thank YOU for reading this, watching this video and following up with what my journey has become.

If you’ve been a part of my support team: THANK YOU for providing me the way to accomplish what God has called me to do down here in Southwest Florida. I literally couldn’t do this without you. This ministry is super unconventional and outside the four walls, and I wouldn’t have it any other way. Whether we are in the parks, the vans, or in dirty/sketchy parking lots, we are continuing to become a tight knit family whose foundation is always rooted in Christ.

These are my little brothers.

This is my life. 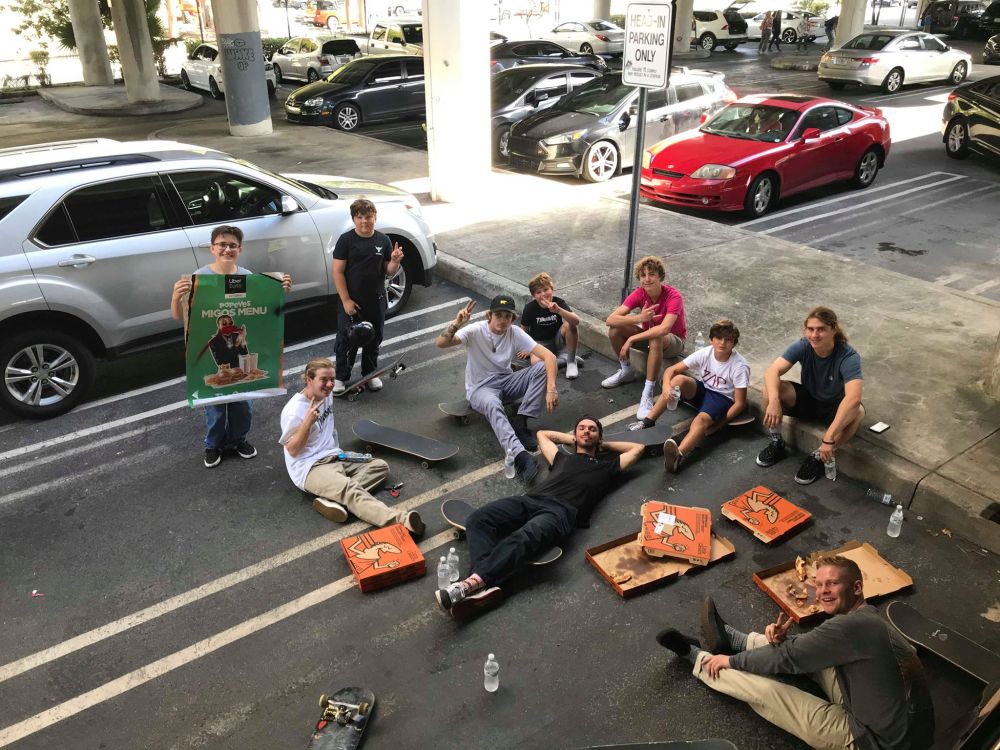