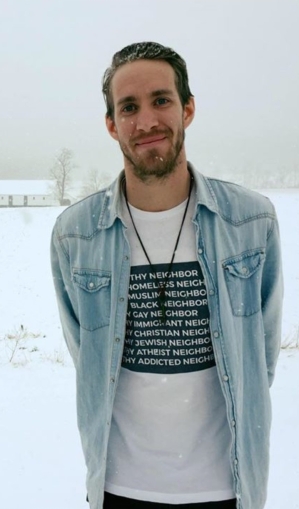 Derek Shatto is a graduate from University of Valley Forge with a bachelor’s degree in youth ministry. He served as the Jr High director at his home church after graduating and before launching into missions work. He is part of a skateboard ministry called Underground Skatepark. Through Underground, they have led outreaches in numerous communities and music festivals both nationally and internationally. This ministry led him to join the World Race in 2015 and G42 Leadership Academy in Spain during 2016. It was on the World Race where God gave Derek the vision for the Open Door Movement. His heart is to see people encounter Jesus in a real and life-changing way all across America. He wants to reinvent the road trip. Many embark on road trips to “find themselves”. His belief is in order to find yourself, you need to lose yourself. When you lose yourself, you find Jesus. When you find Jesus, you find your true self. This trip is about living a life of discovering Jesus everywhere we go and introducing Him to everyone we meet.

Jess Jenkinson graduated from Southern Nazarene University in 2014 with a degree in finance. That same year, Jesus captured his heart and mind, leading him to missions work on the World Race in 2015. In 2016, He attended G42 Leadership academy. Before launching on the Open Door Movement, he has been in Africa working with Morningstar Institute out of SNU to provide business training to people outside of the university context in developing countries. One of his passions is sustainability and helping people become more self-sufficient. Jess is also passionate about mountain biking, theology, philosophy, and apologetics. Most importantly, he wants to see people’s lives transformed by encountering the living God.

Josh Johnson is from the Midwest state of Minnesota. He was called out of his slumber to be taken beyond himself, beginning with a new home and the World Race in 2015 with Jess and Dshat. Travel has been in his blood ever since. A hunger and longing for God’s reality to be communicated and lived in has become his vision. Josh’s goal is God Himself. He is tired of the children of God feeling powerless, and how we selfishly hinder the Holy Spirit. His desire is to live in the fullness of God. To love like he is loved. To know as he is known. There is a powerful life we are called to live. Accepting anything less is to sell short the price Jesus Christ paid for us.