When you walk out your front door, you never know who you’re going to cross paths with. One afternoon in Paducah, Kentucky, I was looking forward to cruising around at the local skatepark. I thought I would show up, roll around, and just free my mind for a few hours. Little did I know what God really wanted to do that afternoon.

Kentucky was such a refreshing stop on our tour across the country. One of our former teammates from the World Race was from Paducah, but she is currently in Thailand. She offered us a place to stay with her parents and that was all we knew about Paducah. We were welcomed there with an incredible home cooked meal and delightful conversation.

We only had the following day to spend in town and had no agenda at first UNTIL God opened a door. While dining at the family’s restaurant, we got the invite to come to a big church in the area and share with the 4th and 5th graders! So later that evening we hung out with the kiddos, ate dinner with them, and encouraged them with stories from the mission field, both internationally and nationally. 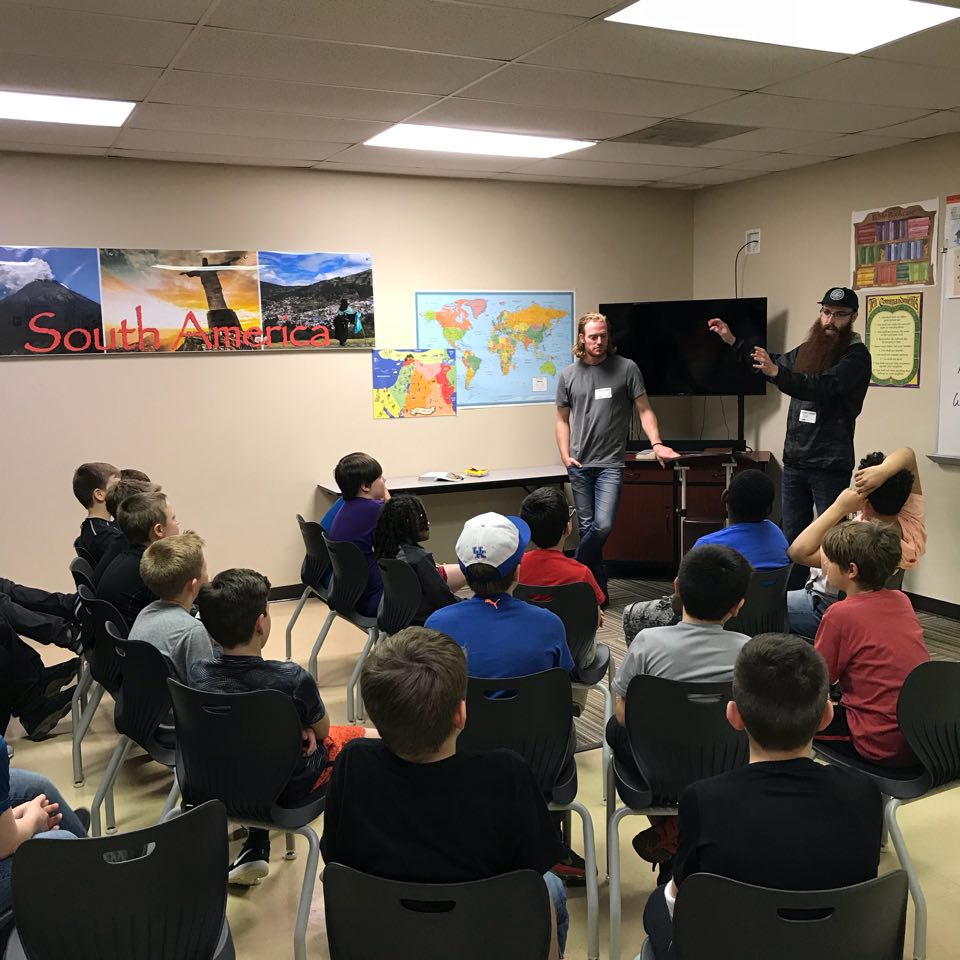 But before we went out to the church, God had orchestrated some incredible connections with some dudes at the skatepark. Chris was the only guy at the skatepark when I first showed up. He was trying relentlessly to land a trick off one of the boxes. As he tried, he continually slammed so hard on his wrist over and over. I introduced myself and gave him a few pointers to land his trick and eventually he got it. We kept pushing each other to try new things and just messed around trying tricks together.

Throughout the next hour or so, some more skaters showed up and I was able to share Jesus with a few guys who seemed really interested in what we were doing. During this time, Chris mentioned to me about how bad his wrist was hurting from slamming so hard on it. He went on to say how it had been messed up for over a year and had a tendency to pop constantly every time he tried to move it. I just listened and didn’t say anything much about it.

Finally the time came to hit the road and go to the church but before we bounced, I wanted to step out and take the leap with Chris. For someone to share what they’re going through – whether a personal thing going on in their life or about pain in their body – I feel like we should always make the most of those opportunities. The Bible instructs us in Ephesians 6:18 to:

“Pray in the Spirit on all occasions with all kinds of prayers and requests. With this in mind, be alert and always keep on praying for all the Lord’s people”

So I asked him, “Hey man, can I pray for Jesus to heal your wrist?” He looked so weirded out at this point. So I repeated myself and asked if I could touch his wrist and ask Jesus to take all the pain away. Very reluctantly, he slowly offers his arm towards me and I began to pray for God to let His Kingdom come down and meet earth, bringing his wrist in alignment with the Kingdom of God.

“How’s it feel man?” He began to rotate his wrist and stretch it out, with the biggest perplexed look on his face. “I feel confused…” He said this a bunch of times, so I asked why he felt so confused. Then he said two things that are way too awesome.

“Well first there’s no pain anymore and it’s not popping like it was before…” The confused expression on his face continued, showing how beside himself he was. “That’s awesome man! Why do you still feel confused though?” Then came the real kicker…

One simple step of faith to bless somebody led to Jesus revealing Himself to this son. Chris said he had been searching all over the place for the past few years for what he should believe in. But on this day, Jesus wanted to show Chris that He is real and that He loves him. We were able to chat for a little while longer about who Jesus is and how He promises us that if we seek Him we will find Him. Afterwards, I finally asked the question if he wanted to accept Jesus. His answer: “Well, He did just heal my wrist so yea! Lets do this!”

We prayed for Chris as he accepted Jesus into his heart and were able to bless him with a Bible. We encouraged him to find a local church to get plugged into, recommending the one we were heading to later that evening. He was stoked. Please continue to pray for Chris as he begins this journey with Jesus!

God is on the move. Everyday there are moments. Every one of us has something special to give away to someone else. Something they need. We are all fire starters. Won’t you light your match and help kindle someone’s flame today? Whether you’re in the workplace, the gym, or the skatepark, listen to those around you and invite Holy Spirit to join the party. Step out in faith and let Him take care of the rest.