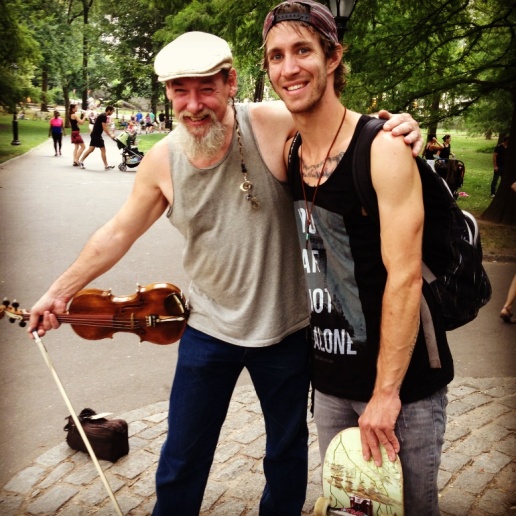 This is Eddie. I met Eddie one afternoon in the middle of Central Park in New York City. My friends and I were skating around the enormous park when I heard this delightful music coming from somewhere. That was when I saw this enthusiastic man playing the violin like nobody’s business. With a huge grin, his performance was bringing joy to spectators passing by. I sat on a nearby rock, taking it all in and then I asked the Lord, “God, what do you want to say to this man who is bringing so much joy to these people?”

I took out my journal, asked for God’s direction and His voice to give me the words to say to encourage this son. What emerged would be truths of this man’s identity, who he will become, and the truth of the Father’s love for him.

I walked up to the man and introduced myself to him. We spent the next several minutes hearing each other’s stories and I was able to share with him the poem I had just written for him. I explained to him these were the words God wanted to speak to him and encourage him with today. He was super stoked and grateful for this small gift. He even allowed me to pray with him before I left.

Every time I think of New York City. I remember Eddie – the street musician who was reminded of how much the Father loves him, and how much it pleases the Father to see him using his gift to bring joy to the masses.

This is Dominic. One day, my skateboard crew and I were skating around downtown Seattle in search of some fish and chips. On the way to the restaurant, we saw this young man on the corner of the street. Having to wait for some of our friends to catch up, we stopped for a moment to talk to this stranger.

Dominic was 22 years old and homeless. We talked briefly about who we were and what we were doing so far from home. When Dominic shared he was homeless, I remembered I had some small cans of Pringles on me and I offered them to him. At this moment, I felt super convicted. Here we were telling this homeless dude how we were on our way to this supposedly awesome fish and chips place and yet I’m offering him this puny can of Pringles? Not cool Derek.

That was the moment I could hear the verse I just read that morning in my head. James writes, “If you know the good you ought to do and don’t do it, it is sin for you.” So this led me to do something I’d never thought to do before. Before I could second guess it, I heard the words rush out of my mouth, “Wanna come to dinner with us?!” And you know what? He came with us!

We walked down the street to the restaurant with our new friend. Everyone from the crew was taking turns asking him questions and getting to know him and his story. With each thoughtful conversation, you could see more and more life enter into Dominic’s face. We got to the place and said to him, “Whatever you want…you got it!”

Once we bought our meals, we sat on a pier with Dominic and shared dinner and fantastic conversation with him. The whole time, my good friend Aaron was having open doors to share the gospel with him and then the most unexpected thing happened. As Aaron was chatting with him, Dominic made a face that showed he was in some sort of pain. Aaron asked what was going on and Dominic explained he had constant knee pain and tendonitis. Without hesitation, Aaron asked to pray for him. Getting down on his knees, Aaron placed his hand on Dominic’s knee and began to ask Holy Spirit to heal our brother.

After Aaron prayed, he invited Dominic to stand up and see if there was any pain left in his body. This part is hilariously awesome. He bends down and stretches back up: then we hear a POP! His eyes bug out and he has the most shocked look on his face. Then he yells, “Yo there’s no pain!” Then he starts to pop and lock in the middle of the restaurant, dancing up a storm! It was amazing!

Before we left our new buddy, we got to pray with him again and give him some more snacks and a Bible. It was such a rad moment because it was not planned whatsoever. It was simply a matter of noticing who God puts right in front of you and deciding to make the most of the moment. That day, God wanted to take care of His son Dominic.

When I think of Seattle: I remember Dominic. A hungry, lost son who God wanted to take care of his current physical, emotional, and spiritual needs through a group of rag-tag skateboarders from Pennsylvania. 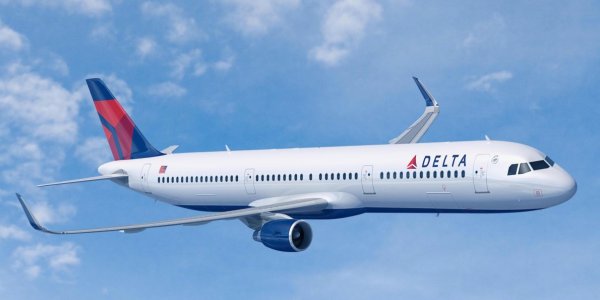 And finally, this is Todd. Well…not really. This is an airplane. BUT this is an airplane very similar to the one in which I met a middle-aged man named Todd. I boarded a flight from Atlanta, heading back home. There was a mom on the flight who was separated from her children and determined to have the whole family sit together. I offered my seat to her and switched to a seat next to Todd.

We exchanged greetings before I quickly retreated to my typical flight routine of popping in my headphones. I was listening to my worship tunes when I felt the Holy Spirit speak to me. Holy Spirit told me to tell the man next to me “he is brave for his family”. I had no idea what this meant. If you are anything like me, you can possibly imagine my initial reaction: “God, I’m about to be suspended in the air at 30,000 feet for the next 2 hours with this dude. What if this is just me? What if he gets mad and thinks I’m crazy?” So I did what anyone else who was slightly fearful would do – I waited until the plane was in the final descent!

I nudged my neighbor and said, “Hey man, I know this may sound super weird, but I was praying and sometimes God speaks to me and He wanted me to tell you something.” Throwing away the fear of how I’ll be perceived, I shared with him exactly what I heard Holy Spirit put on my heart. Todd looked down and put his head in his hands. When he looked back at me again, I saw him wipe away a tear from his eyes. “I’ve been praying for the past few months for God to tell me that and you’re giving me the confirmation I’ve been asking Him for.”

I was speechless! It’s funny how sometimes we feel like God is speaking to us and inviting us to share a thought or a picture for somebody, but we decide to keep it to ourselves. I’m definitely as guilty of this as anyone else. But this time taught me a huge lesson. Sometimes YOU are the conduit God wants to use to speak to His children and YOU may be the one to deliver that ONE THING they’ve been seeking so earnestly after.

When I think of flying on planes, I remember Todd – a man who God wanted to remind that He was listening to his prayers, He never left him, and He will continue to give him strength in his daily walk to be brave for his family.

This is what our mission is – to be intentional during our exploration of the country and realize the Kingdom of God wherever we go. When I look back on life and of all the places I’ve gone, I don’t want to first recall significant landmarks I’ve seen or the food I’ve tasted. I want to remember people. Not only that but, I want to remember what Jesus did in and through the people we’ve encountered.

This is our desire – to the see the Kingdom of God manifest itself on earth as it is in Heaven.

This is our challenge to ourselves and anyone who wants to join – to invite Holy Spirit to guide us every day and to follow His leading. Whether that means praying for the sick, serving the needy, loving the unloved, prophesying over the hopeless, or preaching the gospel to all who we encounter – we want to be obedient and live a life free of fear and with complete reliance on the King of Kings.

This is not just for the upcoming year. This will become the new normal. In the midst of casual days, we will see Jesus show up in tangible ways to speak to all those both lost and found.

This is our mission of radical love across the United States.

This is The Open Door Movement.

2 thoughts on “THIS Is The Open Door Movement”